Getty Images is one of the most popular stock media agencies in the market not only because of it high quality stock assets, but also because of it time and money sensitive buying options. The stock site allows you to purchase visual content in two ways: a la carte and Ultrapacks. Many creative professionals were unable to access Getty’s large library in the past because of the steep Getty Image pricing from this link. But, everything has changed now.

Once you find the stock footage you need, you can add them to your cart and pay for the total costs in a simple online payment process. If the image you need falls under the Rights-Ready license, you will have to follow certain steps from the pop-up window. Of course, you will need to specify your intended use to get the final Getty Image pricing. This process can take time. That’s why the stock site offered another way that is simpler, faster and offers great discounts.

Ultrapacks are a great option to purchase images and stock footage alike. They are bulk media packs that allow you to download a certain number of assets for a discounted price. You pay for your image or footage downloads upfront and use them whenever you need them. Ultrapacks come in different sizes and resolutions. Each pack cuts a percentage from regular a la carte Getty Image pricing. So the large the pack you purchase, the greater your discounts. In fact, you can get as high as 30% discount – which represents thousands of dollars on a large pack of 25 stock footage.

The discounts are not the only benefits with Ultrapacks. Your stock downloads never expire too. As long as you log in to your account at least once in every 12 months, your account will stay active and you can download stock assets whenever you want. Since the clips are already paid for, you can choose and purchase the videos you want in a simpler and faster way. If you are looking for amazing quality stock at discounted prices, this is the option for you.

Getty Images made their collection more accessible by allowing bloggers, web designers and small business owners to purchase visual content at a lesser rate. They Getty Image pricing and buying options that will not hurt the pockets of small players in the industry.

Stock Photo agencies are used to act as a media for the trade of images. These images are often gotten from amateur and experienced photographers who post their images to the website portals of these agencies. When a buyer buys any of these images or photos, he or she earns a commission which largely depends on the level of experience and also on his consistency. This greatly helps photographers to earn more revenue by selling their work online. In many cases, new persons to the agencies are required to register by providing some of their best shots. They also sell films and videos that also earn the owners some royalties. For none photographers, some of the agencies also offer affiliate programs where you earn by directing sales to the site. Check out stockphotosecrets.com for more infos or check the list below. 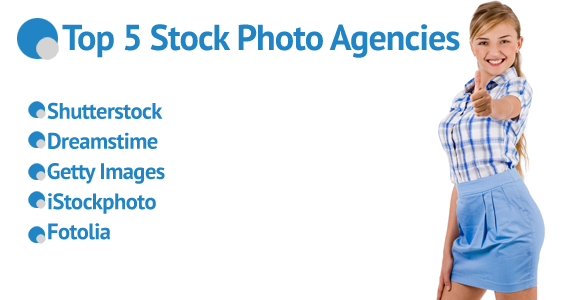 Shutterstock is one of the giants of stock photo stock agencies launched in 2003 by the Founder, John Oringer according to the Alexa stats and getting is popularity from 2005. As the pioneer of the microstock subscription formula, it still dominates that part of the photography market. This agency sells photos more than any other microstock agency, earning their space as the most top earners in microstock agencies. The nature of the search function in the site of this agency means that most photos sell well when they are newer than when they have taken some time since they were posted. The agency also offers affiliate programs to individuals who can direct sales to the site. The compensation rate ranges from $0.25 u to $0.38 per download which depends on your lifetime earnings. Additionally, consistency of posting is also a great contributor to increased revenue. Payouts are done monthly with the use of online payment methods when the balance is above $75. Check out our infos about cheap stock photos from Shutterstock.

Dreamstime is one of the stock photography agencies that have been able to distinguish itself from the other competition. This is because the agency also offers thousands of images for free downloading which many agencies don’t. Their system uses a well laid system of credits and other payment solutions, for the users to buy the photos. This is also a big difference compared to other agencies which charge a dollar for a photo. Some of the stand out features of Dreamstime includes image selection, affordable credit purchasing system and the free image selection. Once a purchaser or the user passes a certain limit on the free images service, you will have to buy credits in order to have further access to the usage of the photo. This will see you paying amount ranging from $9.99 to $3,739.99 which largely depends on the amount of credits you wish to buy and also the amount of images you want per day and the duration of the deal.

Getty Images support multiple formats of images and languages in their platform and deliver energizing and high quality images. They agency also offers different types of media formats ranging from film, video, medical, editorial, celebrity and other powerful stock photos. They also offer access to some of the elite photography collections such as the Time and Life Pictures, the National Geographic and also the Stone+. Some of the features that make it standout in the competition is the affordable prices they offer, the nature of product selection and also a solid reputation that they perceive. Getty Images offers a “Creative Express” type of subscription where members have access to download 50 images per day of over 60,000 images at a cost of $399 per month for the files ranging from 1 to 3 MB or 10-16MB for $499 per month. This agency also offers royalty-free and rights managed photos on the basis of per-image.

IStock is one of the largest stock photo agencies in terms of revenue that was founded by Bruce Livingstone. IStockphoto largely earn their credit by being the first ventures in the microstock industry. The website started by providing free photos, which later had to be charged in order to cover the costs incurred by the hosting. The user forums of the agency are also one of the most active forums in this industry. However, the founder Bruce Livingstone sold the company on February of 2006 to Getty images for a worth of $50million. The payout threshold for the agency is on $100 paid via Bookers, Payoneer, Check and PayPal. There is also a $10 one-time payment for the referral program for the referred buyers only. The compensation of the images ranges from 20% up to 40% for the exclusive photographers.

Fotolia is another stock photo agency that ranks in top positions of the stock photo industry and was launched in 2005 in France. The agency started as a European stock photography agency but later developed in to an internationally recognized brand. Their large base of images that range over 20 million photos has largely been driven by the company’s mission to accept both advanced photographer and amateurs in their galleries something that is not largely done by other agencies. It also provides some of the cheapest and extended licenses in the market of stock photography. Most of its products include photos, the vector images, audio and video that are all contributed by over 2.5 million designers and photographers worldwide. The Fotolia website supports over 13 languages and has over 3.5 million buyers. Fotolia credits starts as low as 0.75 per credit, a custom minimum purchase of 10 credits for $12. The maximum allowable purchase of credit is 6400 credits although the custom credit options are unlimited.

StockPhotoSecrets told us that Stock Photo agencies are a good media for earning that extra income either a photographer or a non-photographer. However, as a photographer, you should look for more options where you can sell your work. The same case applies to the amateurs who should look for the agencies that accept their work. Other than the sellers, buyers should also look for the agencies with a huge reputation just as the one ones mentioned above and also those that offer affordable prices. Stock photo agencies are the best platforms to use especially if you are a media personality such as a journalist or even a photographer.